We ran diagnostics to make sure we identified the root cause of the problem. Sure enough, the physical inspection showed the DPF to be completely blocked with carbon particles from the exhaust system. Essentially the gases were not getting through the DPF and consequently causing the car to underperform. The fuel usage also went up substantially. Unfortunately, this type of problem can cause damage in other parts of the engine such as the turbo systems.

The DPF was beyond repair so we replaced the unit with all the other required parts as well.

What Does the DPF Do?

The DPF filter is designed to trap and store the excess particles contained in the exhaust gas. The aim is to reduce diesel emissions. Just like a vacuum cleaner bag, these filters eventually fill up. Under normal operating conditions, the DPF regeneration allows the vehicle to automatically adjust the diesel fuel injector timings to increase exhaust temperatures to burn off the build up of carbon deposits.

This process effectively burns off the excess deposits in the filter which reduces the exhaust gas emissions. This stops the vehicle producing the smoke normally associated with diesel vehicles.

Common Causes Why a DPF Get Blocked?

One of the main reasons a DPF gets blocked is caused by drivers who only make short journeys at fairly low speeds, such as to school and back. Other reasons which cause DPF malfunctions are poor servicing intervals or when schedules services are missed. This, in particular, may result in the DPF failing sooner than one which is well maintained.

It is critical to use the right oil as some unspecified oils contain additives which may contribute to clogging of the DPF.

Certain performance modifications can also damage the DPF as well using fuel which is of poor quality. The vehicle will also not utilise the DPF regeneration when the fuel levels are consistently low – so make sure your tank is kept half full.

If you are experiencing any of these issues, do not hesitate to contact us so we can do a full diagnostic test. These DPF units are very expensive so early diagnosis of any blockages or sooting up of the unit is vital.

Call us for all your BMW diesel issues. 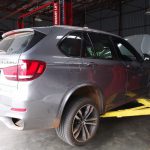 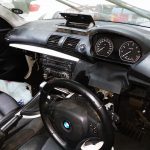 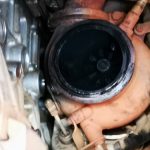 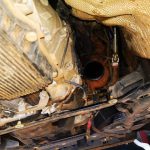 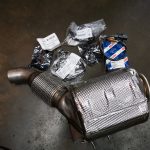 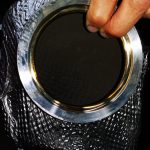