Remember, a couple of weeks ago, we posted about a client who had brought in their BMW X5 M5.0d (F15) because the vehicle had a blocked DPF filter?

At the time, we suggested the owner give the go-ahead to check the turbo systems as well as they may have been compromised by the damaged DPF. At the time, we installed a brand new DPF together with the required spare parts. Well, just weeks later the car started experiencing intermittent power loss and performance issues.

Upon inspection, it turned out the inlet manifold butterfly flaps (commonly known as swirl flaps) are prevented from operating efficiently due to excessive carbon deposits. The intake swirl flaps are integrated into the intake manifold and situated ahead of the cylinder head intake valve port. Their job is to swirl the air just before it enters the engine’s combustion chamber.

This results in restriction of the free air-flow which can have a major impact on the engine’s efficiency and performance. It also may cause complete failure of these flaps. We also suspect the turbos may have been compromised.

We are still running thorough diagnostics and inspections to make sure there aren’t any other components which may have been damaged as well.

The moral of this story, though unfortunate, is if you pick up any changes in performance or a lack of power, please get in touch with us as soon as possible. In the end, early intervention can end up saving you a small fortune.

Call or drop us an email immediately! 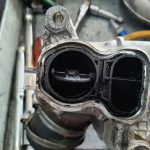 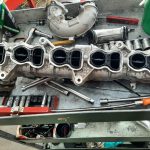 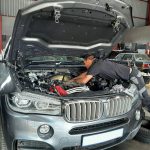 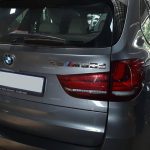 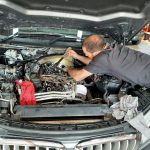