This BMW 530i was towed into GP Motor Works after the client was unable to start the engine at all.

The very first thing we did was to conduct a series of computer diagnostic tests to zero in on the cause of the engine failure. The trace fault showed the engine was timing out. We then removed the tappet cover in order to begin a physical inspection. This confirmed the timing out fault was indeed correct and we identified the exhaust intake Vanos was broken. However, the main reason for the catastrophic engine failure was due to the excessive amount of thick oil sludge, carbon deposits and debris in the engine. 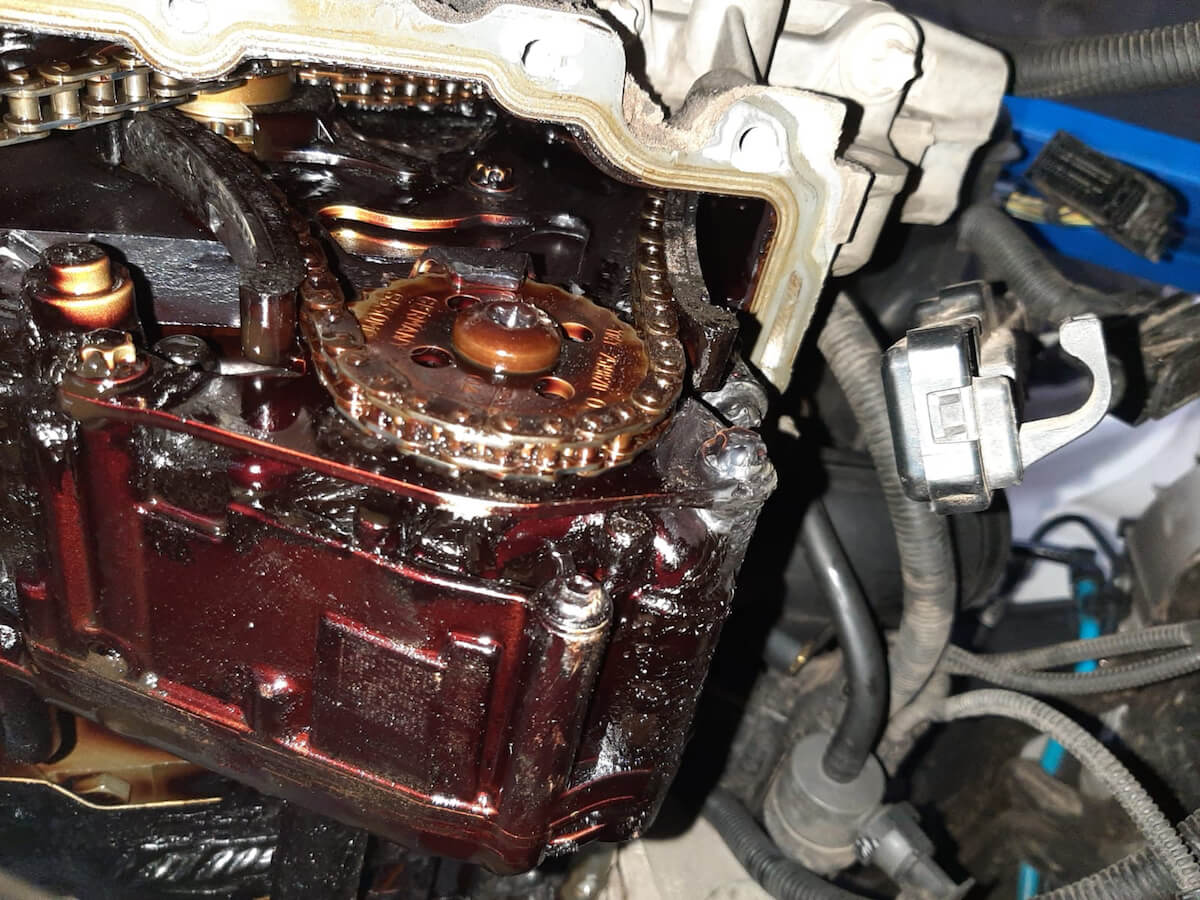 BMW 530i F10 – from under the vehicle, with the sump removed, the oil pump is visible. The excessive oil sludge and the baked-on carbonised deposits are evident.

What Damage Does Oil Sludge Do?

The reality when this happens is the thick sludge and oil deposits completely cover every surface and working part inside the engine. The deposits and debris become carbonised and baked onto the surfaces by the heat in the engine. Unfortunately, this build-up causes all the smaller inlet and outlet pipes to narrow and eventually block up completely. This damage makes it virtually impossible to clean out and restore the engine.

The other harsh reality is the oil becomes so thick it completely stops doing its job which is to ultimately protect the engine. The excess viscosity makes it impossible for the oil to flow and circulate around the engine. One of the other key properties of engine oil is its inability to be compressed. The variable-valve-timing systems rely on this feature and use the oil as a hydraulic fluid to start up various components.

And in severe cases such as with this particular BMW 530i, the sludge and carbonised deposits finally caused components to seize and break down.

This scenario is very similar to the damage caused in the arteries of a human heart as a result of cholesterol and plaque buildup. The interior walls of the heart’s arteries sustain injury and the body’s natural defences move in to promote healing. Over time, more and more plaque is continually deposited on top of the injured area. The interesting thing is the heart’s arteries are only 2-3mm in diameter and inevitably the plaque buildup either causes intense pain or a complete blockage. This results in a catastrophic “engine failure” or heart attack as we know it.

The physical evidence in the engine of the BMW 530i indicated several probable reasons which ultimately caused the engine to fail:

Unfortunately, we had the difficult task of informing our client their vehicle needed a new engine. This outcome could have been entirely prevented by regular oil changes with the car manufacturer’s approved oil.

Recommendations To Protect Your Car’s Engine

There are many recommendations we can give you to protect and to increase the working life of your vehicle’s engine but here are a few:

It’s vital the oil retains its properties as well as the correct viscosity to adequately do its job to lubricate and safeguard the engine.

Get in touch with us today to ensure your oil service schedule is up to date! 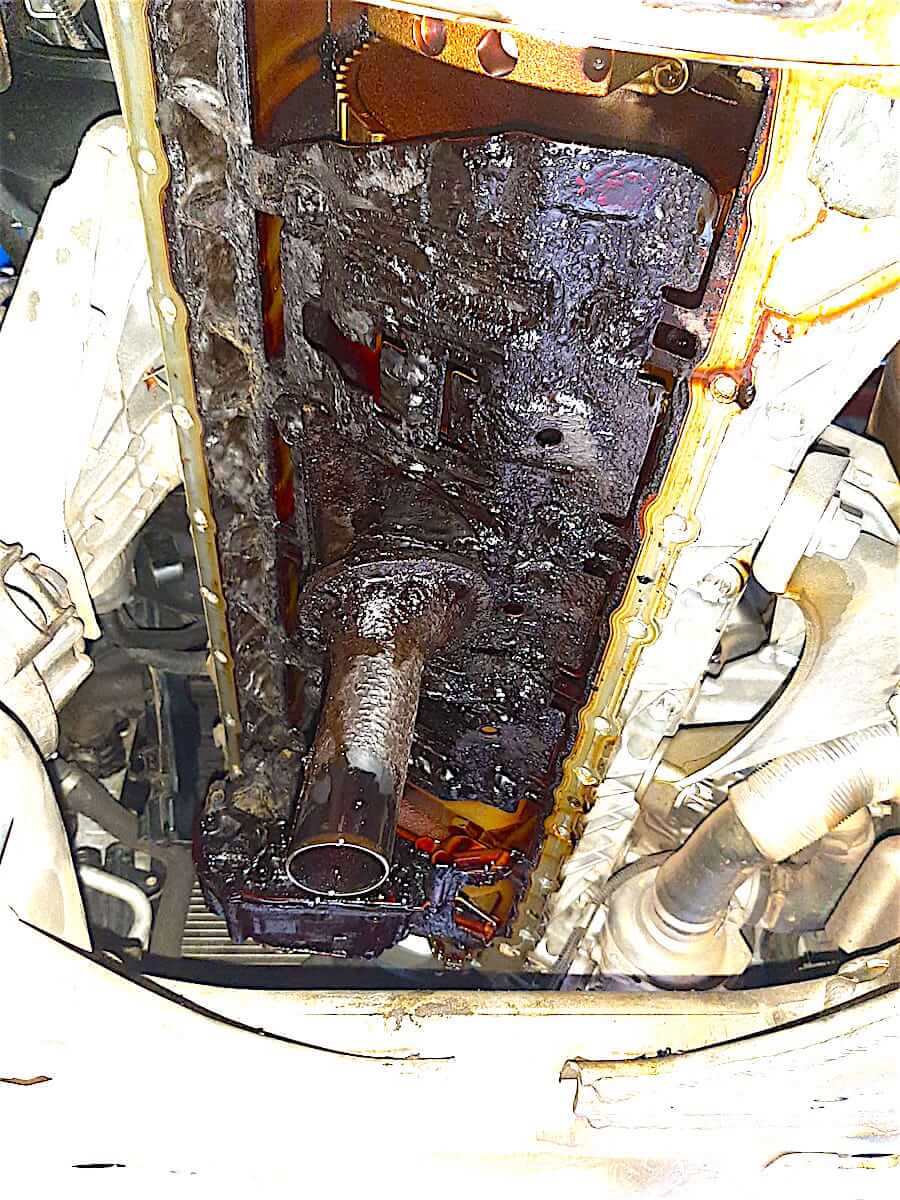 With the sump removed the oil splash tray and pickup is visible showing an excessive amount of sludge and carbonised deposits in the sump and engine. 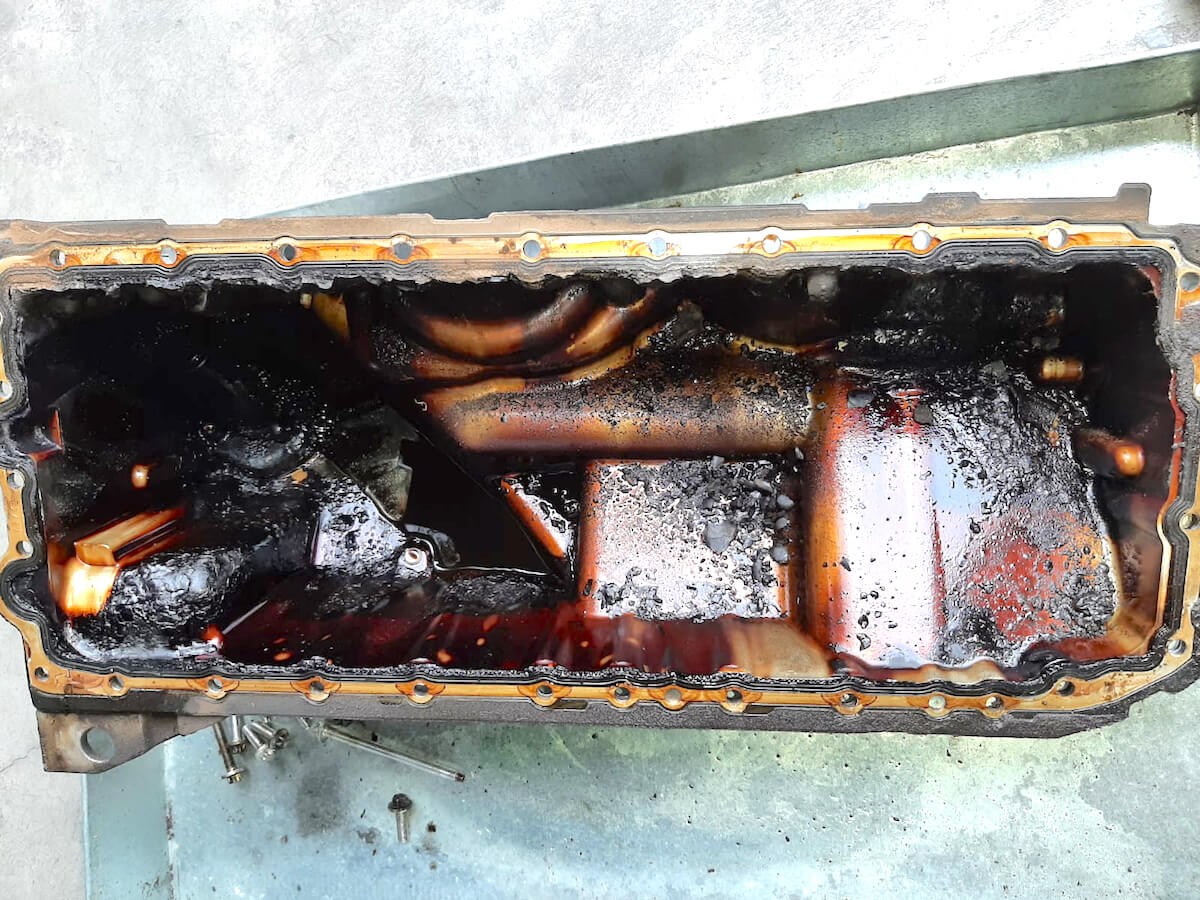 BMW 530i F10 – sump with oil sludge and carbonised deposits & debris. These small bits of hardened debris block all the small pipes which prevent oil flow to the top parts of the engine. This also reduces the oil pressure to the Vanos and may cause the camshafts to seize. 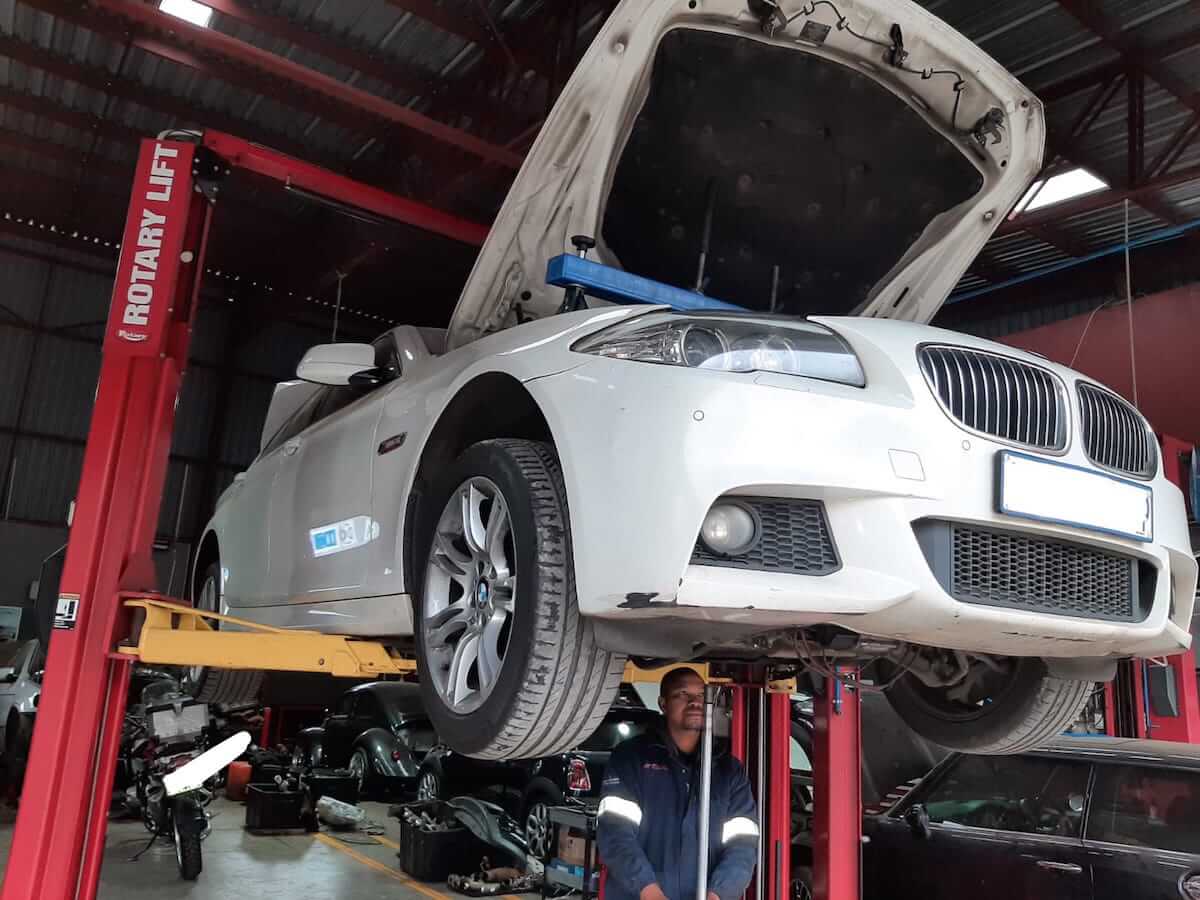 BMW 530i F10 unfortunately experienced catastrophic engine failure because the engine oil was not changed regularly. This caused the oil to break down to form sludge and carbonised deposits ultimately resulting in component failure.